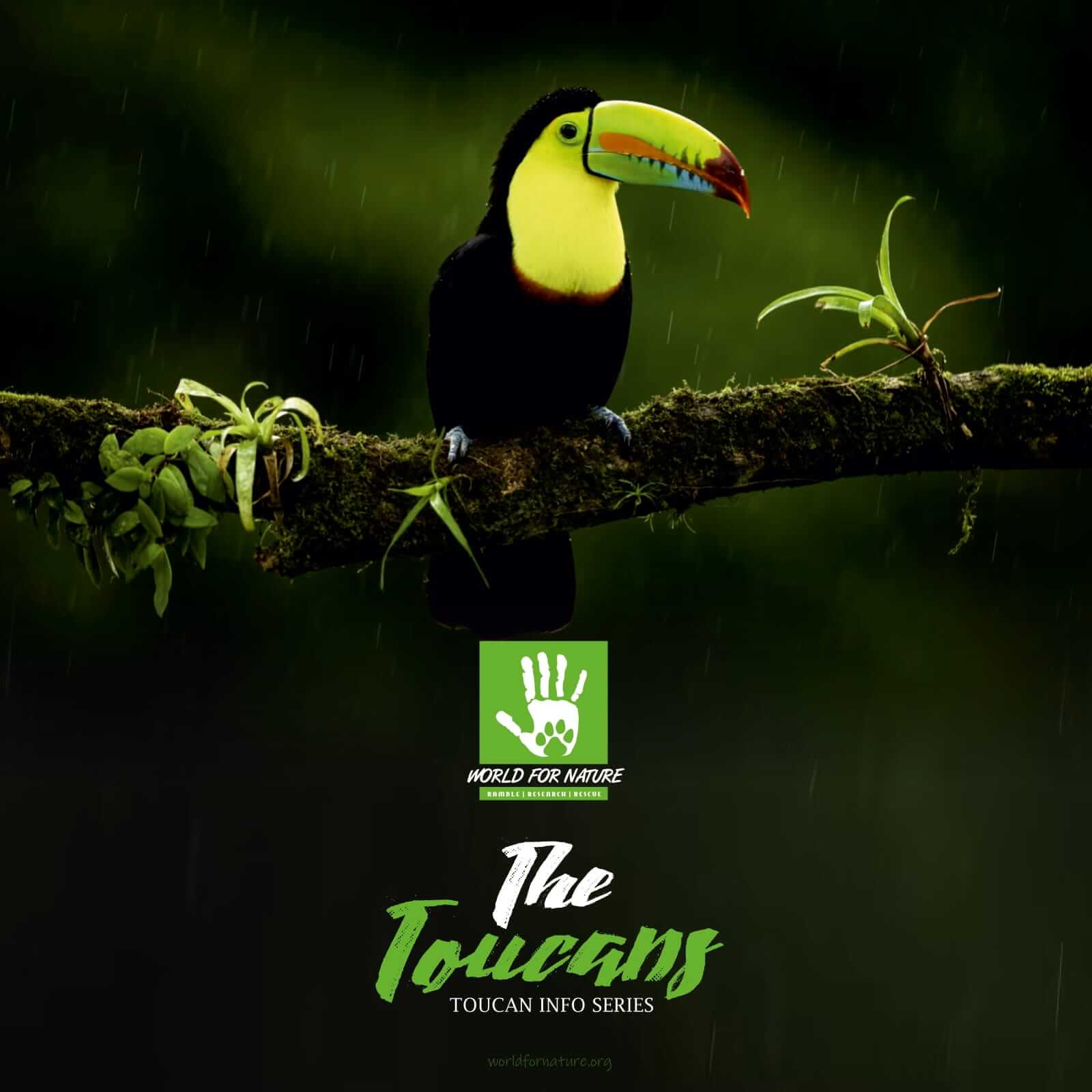 Toucan, (family Ramphastidae), the common name given to numerous species of this beautiful tropical American forest birds known for their large and strikingly coloured bills. The term toucan—is derived from Tucano, a native Brazilian term for the bird—is used in the common name of about 15 species (Ramphastos and Andigena), and the aracaris and toucanets are very similar smaller birds of the same family that are also considered toucans, bringing the total number of species to about 35. The largest toucans, up to 60 cm (24 inches) long, are Ramphastos species. An example common in zoos is the red-breasted (also called
green-billed) toucan (R. dicolorus) of Amazonia. Another common zoo resident is the keel billed toucan (R. sulfuratus), which is about 50 cm (20 inches) long. It is mainly black with lemon yellow on the face, throat, and chest, bright red under the tail, and multicoloured markings on the bill.

Toucans, Toucantes, and Aracaris are birds of Ramphastidae family. They reside in the neotropics (i.e. Southern Mexico, Central, South American, and Caribbean region). The family is most closely related to the American barbets. They are brightly marked and have large, colourful bills which is the hallmark of toucans. Despite its size, the bill is very light, being composed of bone struts filled with spongy tissue between them. The large bill of the toucan is a highly efficient thermoregulation system. Also, it allows the bird to reach deep into tree holes to access food (they eat mostly fruit) unavailable to other birds. The bills of female toucans are usually smaller. Toucans range in size 29-63 cm. The wings are small, as they are forest-dwelling birds that only need to travel short distances. The legs of a toucan are strong and rather short. The majority of toucans do not show any sexual dimorphism in their colouration. The rear three vertebrae are fused and attached to the spine by a ball and socket joint. Because of this, toucans may snap their tail forwards until it touches the head. This is the posture in which they sleep. They make their nests in tree hollows and holes excavated by other animals.