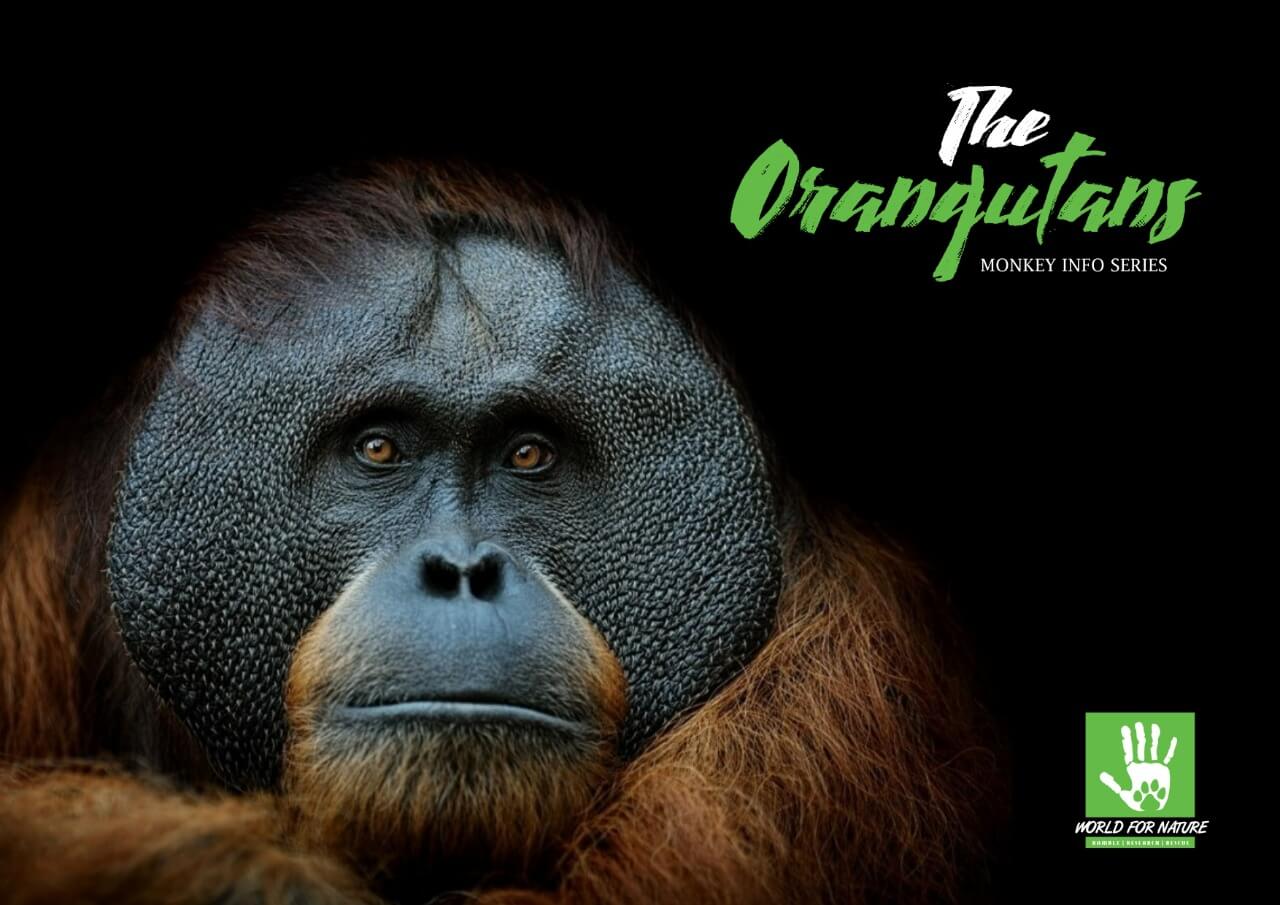 New evidence underscores the theory of human origin that suggests humans most likely share a common ancestor with orangutans, according to research from the University of Pittsburgh and the Buffalo Museum of Science. Reporting in the June 18 edition of the Journal of Biogeography, the researchers reject as “problematic” the popular suggestion, based on DNA analysis, that humans are most closely related to chimpanzees, which they maintain is not supported by fossil evidence. Source: University of Pittsburgh. Orangutans are great apes,

as opposed to monkeys, and are closely related to humans, having 97% of DNA in common.

The “MAN OF THE FOREST”

The name orangutan means “MAN OF THE FOREST” in the Malay language. Orangutans are extremely patient and intelligent mammals. They are very observant and inquisitive, and there are many stories of orangutans escaping from zoos after having watched their keepers unlock and lock doors.

There are Types Of Orangutans Bornean and Sumatran orangutans differ a little in appearance and behavior. While both have shaggy reddish fur, Sumatran orangutans have longer facial hair. Sumatran orangutans are reported to have closer social bonds than their Bornean cousins. Bornean orangutans are more likely to descend from the trees to move around on the ground. Both species have experienced sharp population declines. A century ago there were probably more than 230,000 orangutans in total, but the Bornean orangutan is now estimated at about 104,700 based on updated geographic range (Endangered) and the Sumatran about 7,500 (Critically Endangered). New Species of Orangutan Is Rarest Great Ape on Earth A third species of orangutan was announced in November, 2017. With no more than 800 individuals in existence, the Tapanuli orangutan is the most endangered of all great apes. Extinction in the wild is likely in the next 10 years for Sumatran orangutans and soon after for Bornean orangutans. Both the Sumatran species (Pongo abelii) and the Bornean species (Pongo pygmaeus) are classified as Critically Endangered according to the International Union for the Conservation of Nature and Natural Resources (IUCN) Red List of Threatened Species.

In Malay and Indonesian orang means “person” and utan is derived from hutan, which means “forest. ” Thus, orangutan literally means “MAN OF THE FOREST.” Orangutans’ arms stretch out longer than their bodies – over two metres from fingertip to fingertip – and are used to employ a “hook grip”. When on the ground, they walk on all fours, using their palms or their fists. When male orangutans reach maturity, they develop large cheek pads, which female orangutans apparently find attractive. When males are fighting, they charge at each other and break branches. If that doesn’t scare one of them away, they grapple and bite each other. For the first 4-6 years of his/her life, an infant orangutan holds tight to his/her mother’s body as she moves through the forest in search of fruit. Like humans, orangutans have opposable thumbs. Their big toes are also opposable. Orangutans have tremendous strength, which enables them to swing from branch to branch and hang upside-down from branches for long periods of time to retrieve fruit and eat young leaves.