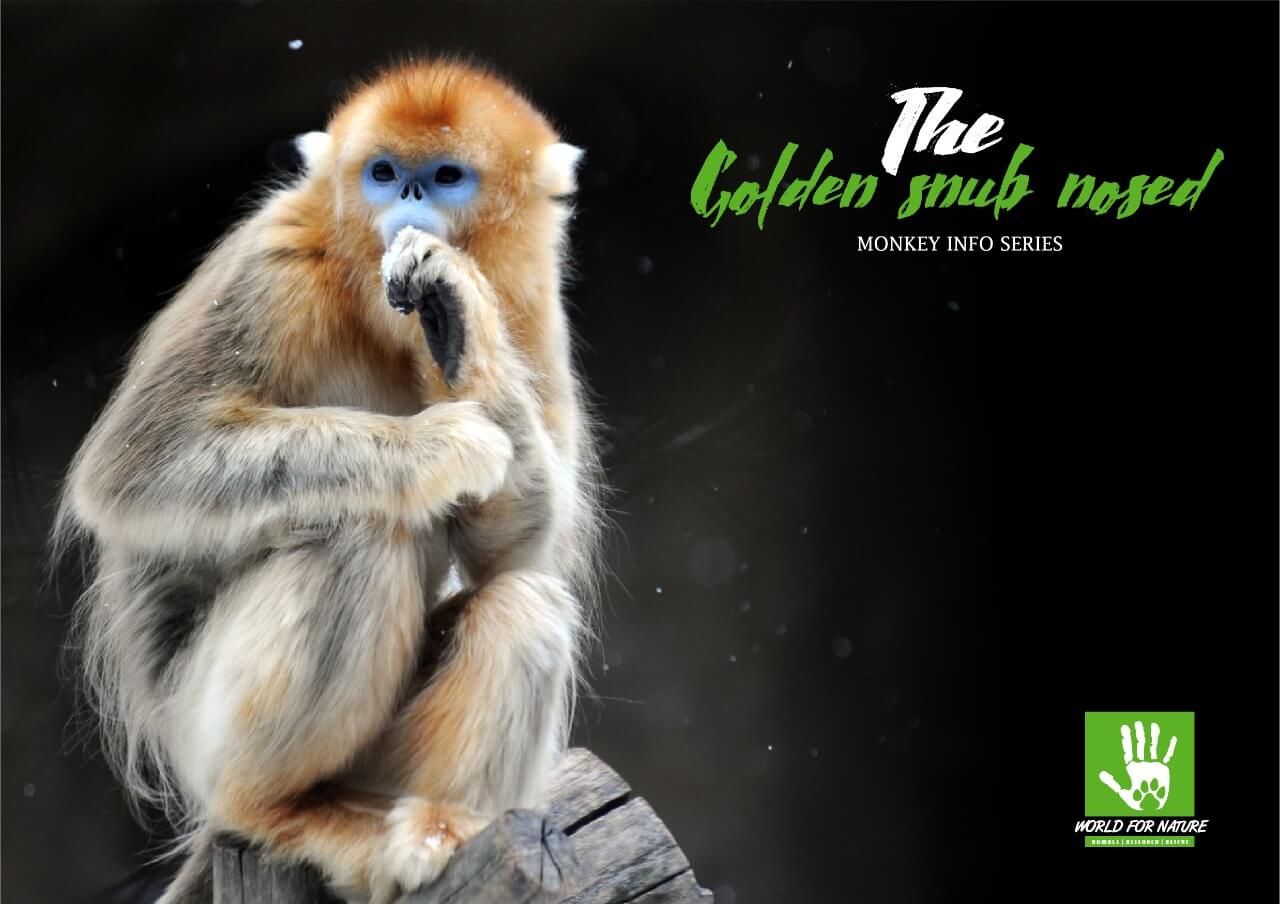 Golden monkeys, Rhinopithecus roxellana, live in the mountainous regions of southwestern China, along the Tibetan Plateau. The largest populations are found in the Wolong Natural Reserve in Sichuan Province, but the range of golden monkeys extends as far south as Gansu province.

Rhinopithecus roxellana is found in temperate broad leaf and conifer forests at elevations ranging from 1,600 to 4,000 m above sea level. These monkeys live in mountain forests all year long, but they may migrate to slightly lower elevations during the winter. Golden monkeys and other species in the genus Rhinopithecus are among the few primates who live in temperate zones.

Within groups, the adult sex ratio of R. roxellana is heavily biased toward females, with a 5:1 ratio observed in some groups. This is consistent with the polygynous social organziation displayed by the monkeys. During the mating season, copulation is usually solicited by the female, who signals her estrus with proceptive behaviors, such as establishing eye contact with the male and then running a short distance away. The female also signals readiness via prostration, which involves lying with the head hanging down, the forearms stretched out or bent, the legs curled up, and the tail angling freely. Often, the prostrating female will point her anogenital region toward the male. The male responds initially with a wide opening of his mouth, and if he is interested (only about 50 percent of the time) he will mount the female. Ejaculation occurs in only a small percentage of the unions during the mating season (and it never occurs outside the mating season). For this reason, the sequence of solicitation and mounting between a male and a female may occur several times a day during the three-month mating period. Due to scarcity of male ejaculate, a female may try to thwart the solicitation of another female to improve her chances for a successful copulation.

Golden monkeys display mating behavior throughout the year, but they breed on a seasonal basis, with all conceptions taking place within a three month period. This period may start as early as August or as late as November, depending on the region where the monkeys live.

Once a female becomes pregnant, gestation lasts about seven months, with births occurring between April and August. Usually, one offspring is born.

Golden monkeys are highly social animals that display a group behavior known as fission and fusion. This behavior, uncommon in primates, entails a seasonal formation of large groups alternating with a splintering into smaller groups. In the case of R. roxellana, summer groups may contain as many as 600 individuals– an extraordinary number for any primate except humans. However, when cold weather begins to set in, the large group breaks up into subgroups of 60 to 70 individuals. The subgroups merge again in the spring.

Possible factors in this phenomena include human disturbance and seasonal changes in food availability. Generally, subgroups consist of several single-male/ multi-female family units, with the total number of individuals rarely falling below 40.

To the extent that these animals are prey for carnivores, they may play a part in local food webs. It is likely that they affect plant growth through their herbivory.

Although the lifespan of these monkeys has not been described, individuals in the related species, douc langurs (Pygathrix nameaus) are reported to have lived about 26 years in captivity.

Rhinopithecus roxellana is a largely arboreal species. The diet varies according to the season. During the warm weather months, R. roxellana feeds primarily on leaves from broad-leaf trees and fir and pine needles.

Buds, bark, and fruit seeds provide supplementary nutrition. During the winter, however, these monkeys switch to a more limited diet of bark and lichen. Although the species feeds largely from arboreal sources, it will descend to the ground to feed on grasses and wild onions.